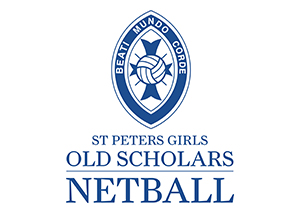 The Old Scholars’ Netball team was established in September 2013 and entered the SAUNCNA competition at Anzac Highway. The team had an outstanding second season, finishing as 2014 Winter Premiers. The team finished fourth in the A grade of the 2015 winter season.

The summer season is from October to March with games on a Wednesday evening. We currently have 3 teams entered in the SAUCNA competition in various grades.

The winter season commences in April with games on a Saturday afternoons and we are currently recruiting for new team members.

The girls continue to fundraise to accommodate some of their on and off court costs as well as having support provided by the OSA.

The Old Scholars’ Water Polo team was launched in 2022. The season runs February to April and the team, which has a close association with SPOC Water Polo, plays on a Sunday afternoon in the social competition for Water Polo SA with training on Mondays from 6.45 - 7.45pm at St Peter’s College.

If you would like to join the Old Scholars’ Water Polo team, please email mmccormack@stpetersgirls.sa.edu.au

Summer Season 2021/22 we were proud to launch our inaugural Old Scholars’ Touch Football team. A group of our most recent Old Scholars have entered a team to play in the Wednesday night social mixed competition at Touch SA Headquarters on Greenhill Road.

If you are interested in playing Old Scholars’ Touch Football, please email mmccormack@stpetersgirls.sa.edu