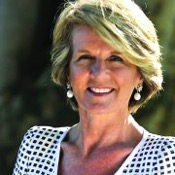 Julie Bishop graduated with a Bachelor of Laws from the University of Adelaide in 1978 and attended Harvard Business School in Boston in 1996, completing the Advanced Management Program.

Before entering parliament, she was a commercial litigation lawyer. She became a partner in 1985 and was a managing partner from 1994 to 1998.

Julie was elected to the House of Representatives as the Member for Curtin in 1998 and was Deputy Leader of the Liberal Party from 2007 to 2018.

She has served as a Minister in a range of portfolios including Foreign Affairs from 2015 to 2018 and has been Acting Prime Minister. She was awarded an Honorary Doctorate from the University of Adelaide in 2017. 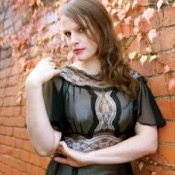 Gwendolynne Burkin has almost 30 years’ experience working in Melbourne and London in many genres of the clothing industry, from elite designer to mainstream corporate companies.

Her sewing and art teachers at Saints gave her the confidence and support to pursue this passion and the obvious talent she has had since she was a little girl.

In 1997, she established her signature label Gwendolynne which began as a ready-to-wear designer brand boasting 45 stockists globally. In recent years, she has acquired an esteemed reputation for her wedding gowns which have become world-renowned heirloom treasures. 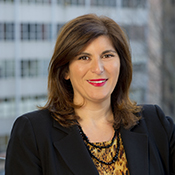 Hitaf Rasheed has a long history in sports management, including 10 years as General Manager – Communications at the Port Adelaide Football Club.

She has overseen significant growth of the Santos Tour Down Under, Tasting Australia and Adelaide Fashion Festival. Other events her team manages include the Christmas Pageant, Adelaide 500 and Bridgestone World Solar Challenge. 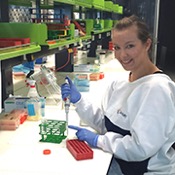 Laura Eadie’s love of Science began at Saints Girls. She completed a Bachelor of Science (Biomedical Science) with Honours in 2006 and her PhD in Medicine (2013) earned her a Dean’s Commendation for Doctoral Thesis Excellence.

Laura has a remarkable record as a young scientist including five publications in the field-leading Leukemia Journal and presenting her research at many national and international meetings.

She was the recipient of a prestigious Fulbright Scholarship and spent a year working in Memphis, Tennessee under the supervision of world leaders in high-risk acute lymphoblastic leukemia research. Laura is continuing this research as part of her Channel 7 Children’s Research Foundation grant and has recently been awarded a Mid-Career Researcher Award by SAHMRI and a Cancer Council of Australia research fellowship. In April 2019, Laura was the latest recipient of the Peter Nelson Leukaemia Research Fellowship. This fund, established by the Hon. Marjorie Jackson-Nelson, has now raised more than $7 million which has been invested into supporting some of the state's best leukaemia researchers. 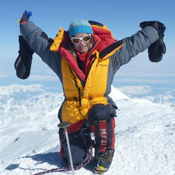 Katie Sarah has a Bachelor of Business, Graduate Diploma from Securities Institute of Australia and a Master of Professional Accounting. She owns Sarah Mountain Journeys Pty Ltd, operating treks and mountain climbing expeditions around the world. 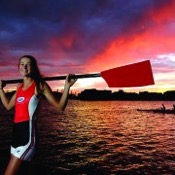 In her first year of international competition rowing in 2010, Olympia Aldersey won a Bronze at the Junior World Championships and Silver at the Youth Olympic Games. She was named Junior Sportswoman of the Year by the SA Sports Institute.

At the U23 World Championships, she won Gold in the Women’s Quad Scull, setting the world’s best time. She again claimed Gold at the Sydney International World Cup regatta.

Career highlights include rowing in the Australian Women’s VIII at the 2016 Olympic Games, and becoming a senior world rowing champion in August 2019 by claiming Gold in the Women’s Four event at the World Rowing Championships in Linz-Ottensheim, Austria. 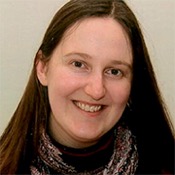 Katherine Daniell was a University Medallist and the top Honours student in Civil Engineering at the University of Adelaide in 2004. She was one of only eight Australians chosen for the prestigious John Monash Scholarship in 2005 for international post-graduate study.

In 2009, Katherine’s thesis on water governance was judged one of the top 10 doctoral theses of France’s elite Engineering and Management schools, the Grandes Écoles.

As an academic at the Fenner School of Environment and Society and Research Lead of the 3A Innovation Institute at the Australian National University, she leads projects relating to managing artificial intelligence at scale, water governance, climate change adaptation and international science and technology co-operation, particularly between Europe and the Pacific. She has produced more than 100 academic publications and holds a number of board and senior leadership positions in national and international organisations. 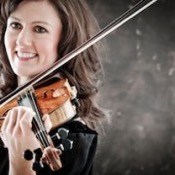 She was the leader of the Adelaide-based, internationally-acclaimed Australian String Quartet (formerly Tankstream Quartet) until 2011. 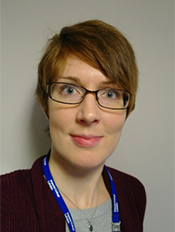 Adrienne Sullivan received a Bachelor of Science (Molecular Biology) and a Diploma of Language (Japanese) from the University of Adelaide in 2007.

She went on to attain a PhD in Biochemistry and Cellular Biology in 2016 for her study of transcription factors important for prostate cancer development, which was done in collaboration with the Cancer Science Institute of Singapore.

Presently, she is working as a Postdoctoral Rutherford-Crick Fellow at the Francis Crick Institute in London. Her work seeks to characterise the molecular mechanisms which control and coordinate gene expression changes during cellular differentiation, which will further our understanding of how complex cellular structures such as tissues and organs develop. 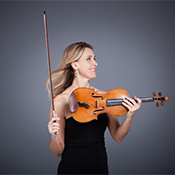 International concert violinist Jane Peters began studies with Lyndall Robson aged seven, making her stage debut at age 10. She shot to public recognition as winner of the 1974 TV contest ‘Showcase’, gained a BA, and in 1986, won the bronze medal and Public Prize at the International Tchaikovsky Competition in Moscow.

As a 1996 Laureate for the Pro Musicis Foundation, Jane is passionate about sharing music in community services, which continues to play an equal role alongside performing concerts, amongst others, at Carnegie’s Weill Recital Hall in New York, Villa Médicis in Rome and Salle Cortot in Paris.

Honoured as an Ambassador for South Australian Arts in 1996, she has directed and played throughout Australasia. She is a Professor at the Rouen Conservatory and Super-soliste of the Normandy Rouen Opera Orchestra. 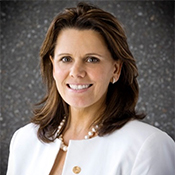 Melanie Cooper became the first female and the first of the fifth generation to be employed at the family’s iconic Coopers Brewery on a permanent basis.

After completing a degree in Economics, she was employed by Price Waterhouse as a Chartered Accountant. She joined the brewery in 1985 as assistant accountant, and in 1989, was appointed Company Secretary and later Director of Finance.

Melanie has been Director of Coopers Brewery since 2009 and Chair of its Foundation since 2011, with Board positions on other industry-related and charitable foundations. In 2014, she was invited to join the Prime Minister’s Community Business Partnership for a three-year term.

She was awarded a Member of the Order of Australia Medal (AM) in 2017 for services to philanthropy and leadership. 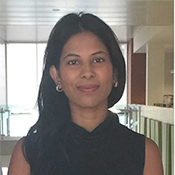 Harshani Jayasinghe has a bachelor’s degree in Biomedical Science and Honours in Health Science specialising in breast cancer.

In 2014, she began working for the Queen Elizabeth Hospital as its youngest research scientist. She coordinated the two biggest randomised multi-site trials in the Respiratory Unit, investigating medications for anxiety in emphysema sufferers.

Harshani has been awarded several research grants, has published and presented her findings both nationally and internationally, and has received many honours.

She is currently completing her Master of Public Health, focusing on using innovative digital technology such as apps to help target major health problems including lack of physical activity among Australian adults. 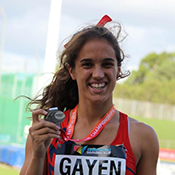 Margaret Gayen started athletics at age seven. She made her first national team at the Commonwealth Youth Games on the Isle of Man in 2011. She then competed at many events including the 2014 World Junior Championships, Asian Grand Prix and World Relays.

Her crowning achievement was competing at the 2014 Commonwealth Games in Glasgow, where she was a finalist in the Long Jump and the 4x100m Relay.

In 2015, Margaret finished her Honours degree in Mechanical Engineering and now works full-time. She is still training, and in 2017, won Silver and Bronze at the Australian Championships in the Long Jump and 100m respectively. 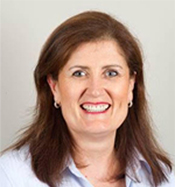 Graduating with a Bachelor of Applied Science in Occupational Therapy at SAIT (UniSA) in 1985, Suzanne Caragianis studied in the US to become a Certified Hand Therapist, one of the first in Australia.

In 1992, she established SA Hand Therapy, with four clinics across Adelaide. Over the years, she taught post-operative hand rehabilitation in India, and set up a charity to raise ongoing funds for education, training and surgical clinics in Bhutan.

She has been an adjunct clinical lecturer at UniSA, teaching occupational therapy students. In 2017, she was honoured for her significant contribution to hand therapy in Australia and abroad.