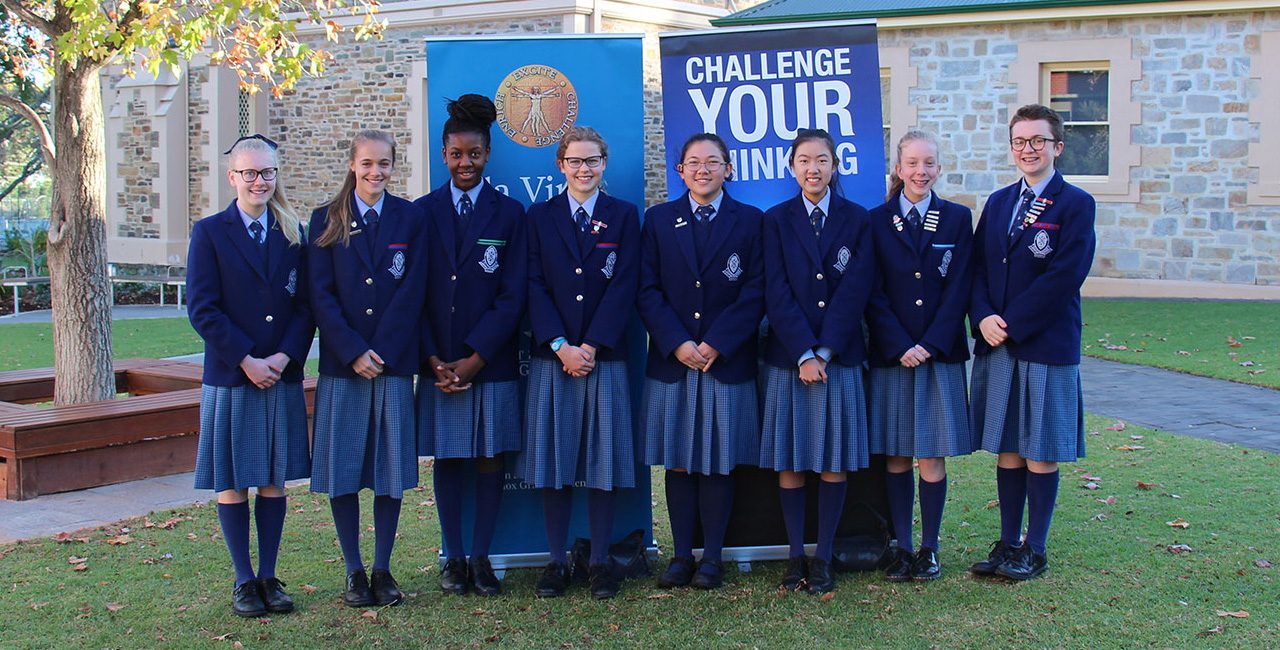 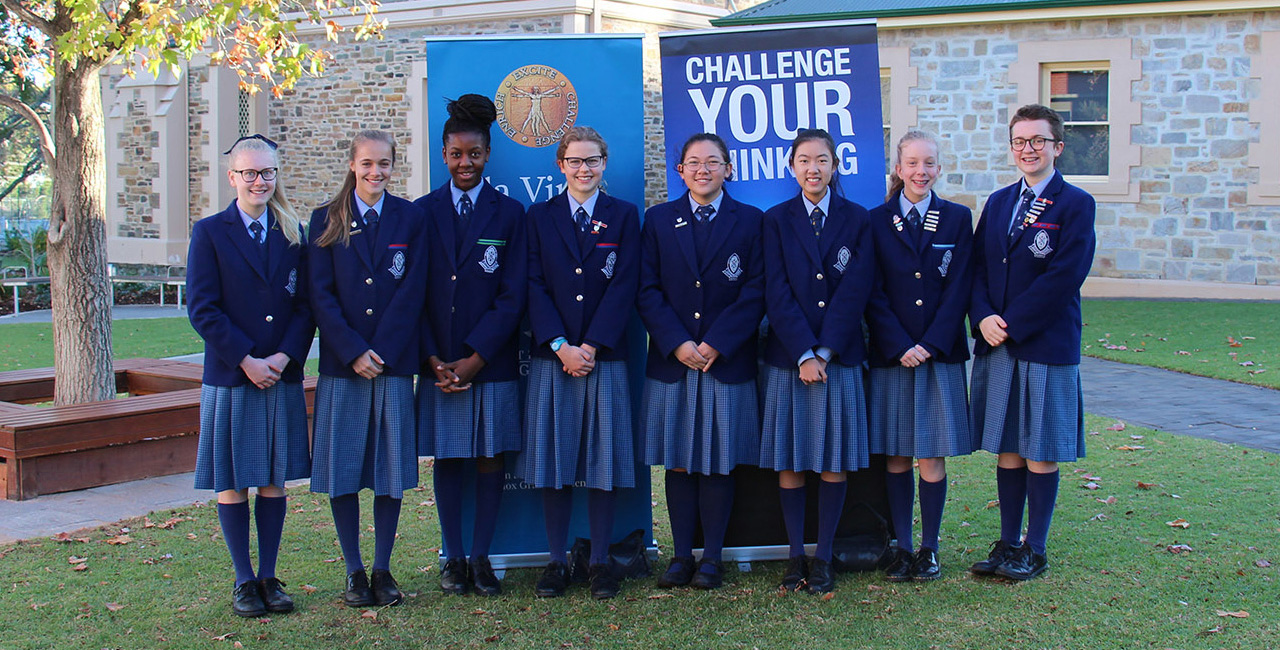 What an amazing four days! The girls and I flew out on Saturday morning, arriving after an uneventful trip to the site of the competition, Knox Grammar School. After a plane trip that consisted of revising for Science and Maths tests, a coach journey of story writing, the girls were hungry so we set off in search of food. A lovely Thai lunch gave us time to relax, chat and prepare for the competition ahead.

Throughout the trip we stayed in a boarding house that belonged to one of the local schools. It was a brief trek over hill and down dale from Knox Grammar School, but it did ensure that we got our daily exercise and maintained our fitness levels. At the boarding house, we discovered that yet another task lay ahead of us, thankfully this one was not being graded. Bed making is not a strength of the da Vinci Decathlon team to say the least, unless you consider the comedy factor!

The next day was amazingly busy with the students facing four papers before they’d even had morning tea! A further two followed before lunch and a final two after tea. There was barely a spare moment and all hands were needed on deck to solve the wide array of mind-bending problems that crossed the da Vinci Decathlon table during that day. By the end of day one, the girls had tackled Mathematics, Science, English, Creative Producers, Code Breaking, Ideation, Cartography and Engineering.

Quickly it became clear that no da Vinci Decathlon day would be complete without a hot chocolate and music, be that a ‘rager’ in one of the rooms or a rousing rendition of oceans around the piano! The girls went to bed every night exhausted but laughing.

Day three was an early start and a bus journey into Sydney where we toured around The Rocks, Goat Island and Hyde Park barracks. By the end of the day, the girls had answered over a hundred questions and walked an amazing 25,000 steps and were more than ready for free time. After a bit of shopping it was home time, dinner and yet another task, this time in Art and Poetry.

The girls stormed through a further quiz and on to our final night which consisted of more piano playing, hot chocolate, yoga and the odd student getting locked in their bedroom. But no trip would be complete without the pleasant high pitch of a faulty fire alarm quietly ringing out all night.

Our final day started with a wake-up call of trucks and the warning sound of a reversing vehicle. The girls were ready and eager to hear the results of the competition but not before the final event which was the General Knowledge quiz. That dealt with, it was time for a final morning tea and a morale boosting ‘teacher speech’ from myself. So I covered all the bases, told them all how proud I was of their effort and how I didn’t mind if we won or lost, it was the taking part that mattered!

Well, little did I know how incredibly proud of them I was going to be. Sitting waiting for the results, I practiced all the positive things I could to say to the girls, how I would clap, the look on my face and the careful positive tone I would use. As they started calling out the different categories all my practices to soften the blow became redundant, as we slowly amassed a staggering five certificate places. These included a first in Engineering, a second in Ideation and Code Breaking and two thirds in Art and Poetry, and Science. This incredible result meant an overall placement of third in the Year 9 competition, a first we think for any school in SA to be placed at the national event, and a first for St Peter’s Girls.

Our journey home was jubilant with medals worn through the airport and even onto the plane. There was much delight taken in explaining to the flight attendants the competition and the awards achieved.

These girls dedicated hours of research, practice and revision before school, at lunch, weekends and even in the holidays. It paid off; every code they had to learn, every poem they wrote, every map reference and calculation they solved led to this moment. Well done girls!

They didn’t get there on their own so a big shout out to all those teachers who helped coach them in specialist areas and the parents who brought them to early practices, weekend and holiday sessions.

Congratulations team and, watch out, because St Peter’s Girls is on the da Vinci Decathlon map to stay.