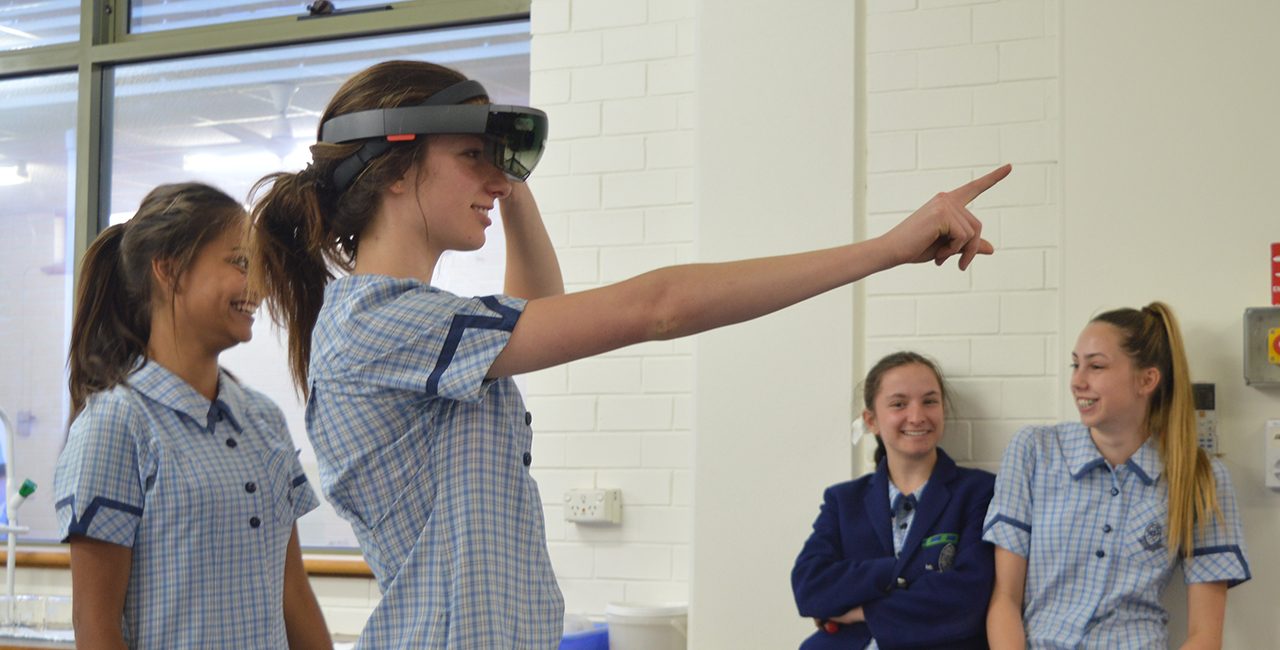 Augmented reality superimposes vision and sound on an existing environment. One of the most exciting forms of augmented reality uses holograms; 3-Dimensional images. This week in GEMS, Charlie Rocklyn from SAAB Australia introduced the girls to Microsoft HoloLens, a computer-built into a headset that enables holograms to be viewed. Charlie, who has a background in computer science, is part of an engineering team at SAAB that is creating and developing applications for augmented reality which will make the most of technology such as HoloLens.

One of the applications that the girls used this week was a moving model of the solar system. The girls could move around the hologram, selecting and enlarging aspects of it to learn more. Another application was a video game that utilised the ability of HoloLens to map the walls and other features of the room to make a highly realistic experience. It demonstrated the changing nature of technology that our students will engage with in the future, and gave another example of how studies in STEM open doors for future careers.