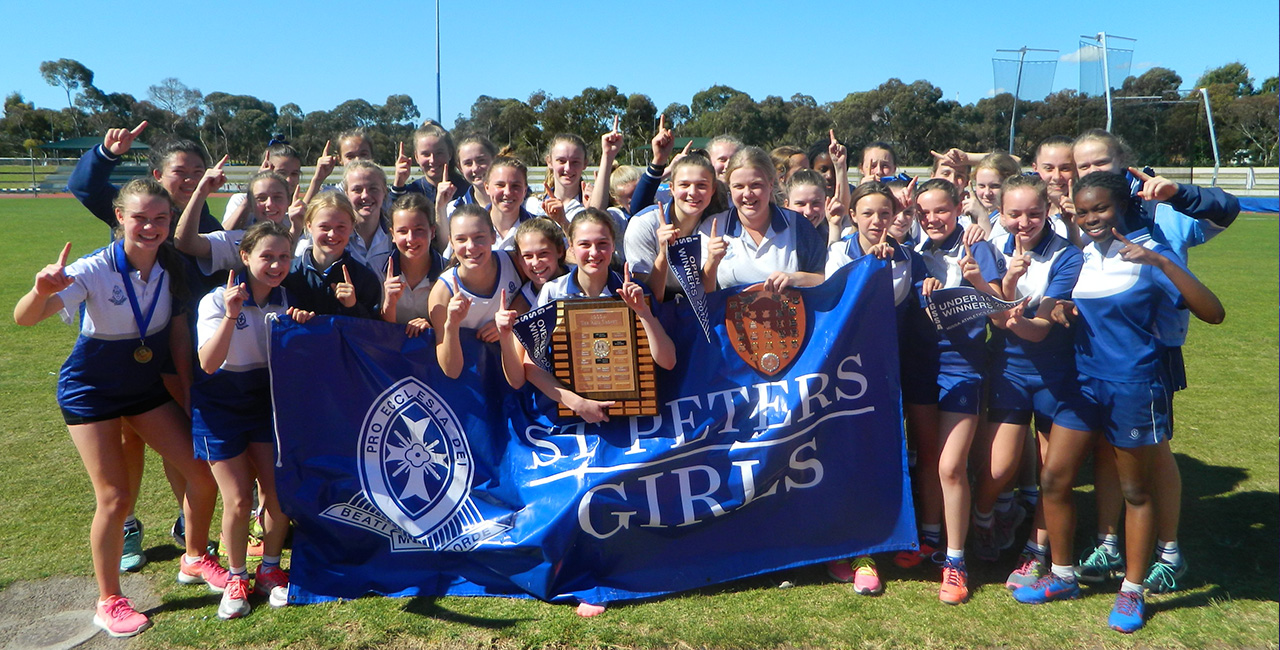 Saints Girls went into the IGSSA Athletics Carnival keen to defend the shields won last year. Led by Captains Jasmine L and Rachael D (both Year 12), Saints featured prominently in many events throughout the day. Even when athletes were injured or unable to compete, others gladly volunteered to ensure we earned as many points as possible.

It was a remarkable effort with Saints (1860) storming home to victory, defeating Immanuel (1666), Westminster (1629) and Concordia in fourth position (1574). We won the Under 14 and the Open age groups as well as retaining the Field event trophy.

Individually, congratulations must go to Sophie B (Year 8) who set a new Under 14 discus record, smashing the previous mark by 5m with a winning throw of 31.49m, and to Portia M (Year 8) who chalked up a new Under 13 400m record with a time of 61.94 seconds.

Testament to the team is that of the 43 who competed, 20 attend morning training regularly and thanks must go to the coaches, Ryan Smallwood-Simpson, Christine Gayen and staff member Gregor Dingwall, who assist me in helping to provide the opportunities to the girls.