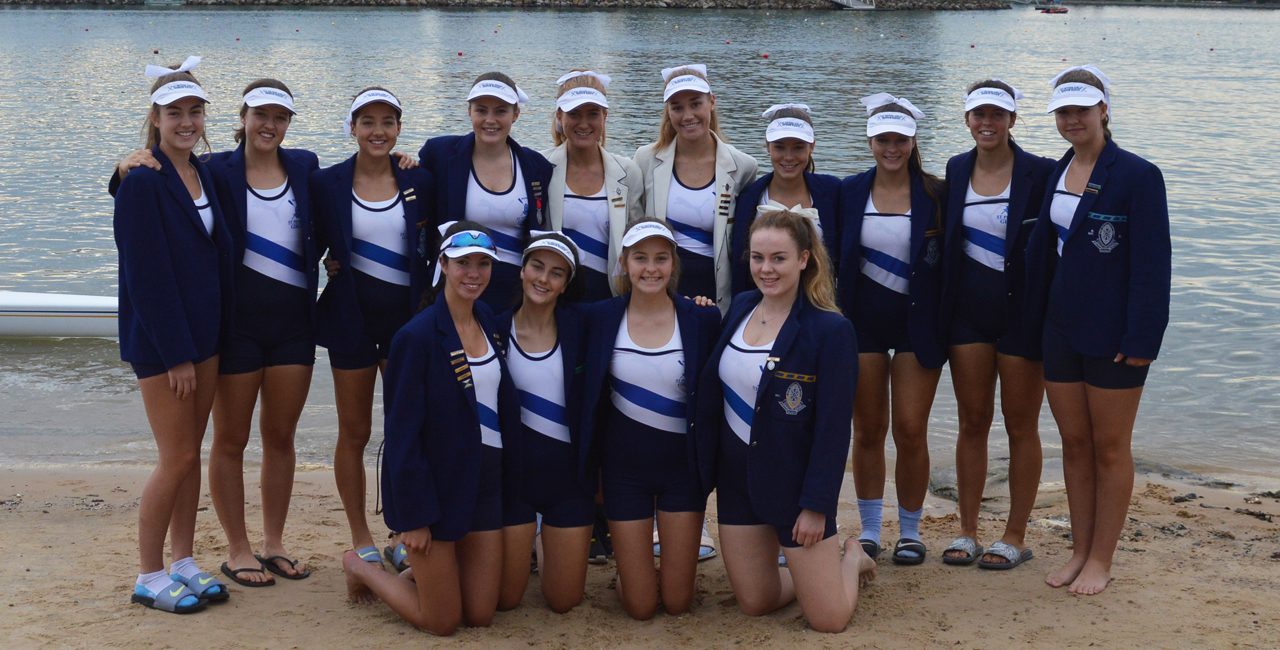 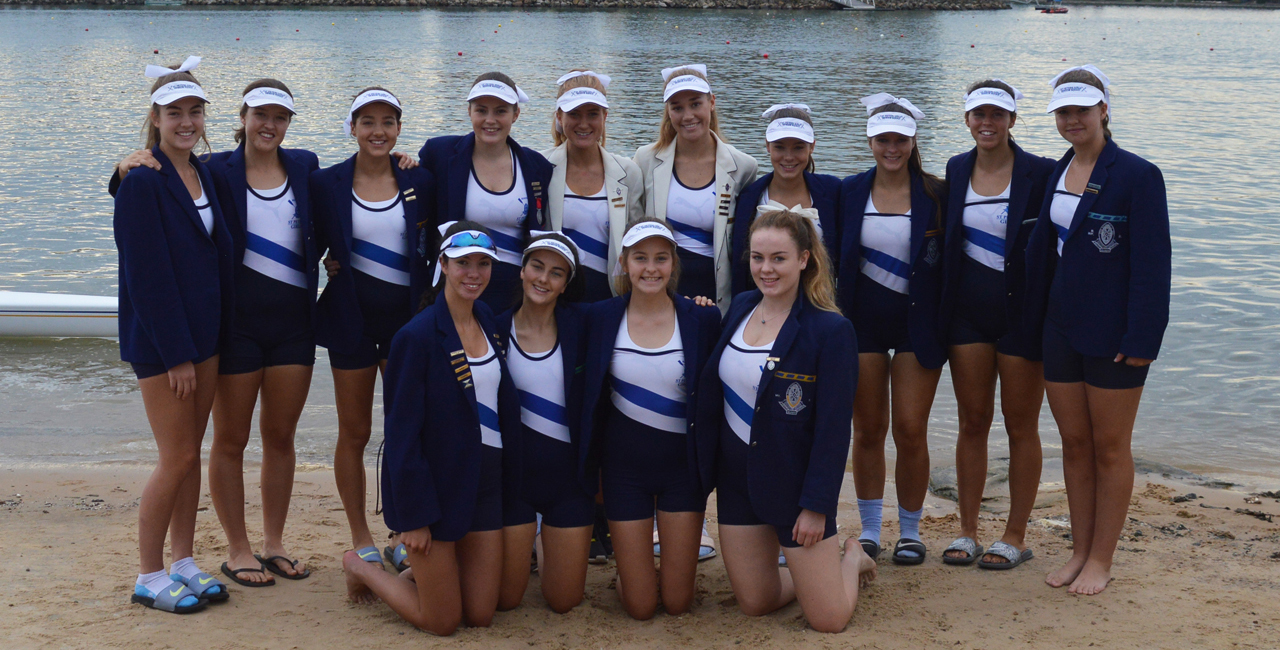 Head of the River 2017 was our fifth time participating as a school and it was the first time that we had 11 crews competing. Head of the River is the pinnacle regatta of the season and it is something that every crew would like to win. Saints Girls as a school had been up there consistently all season and any of our crews could win on the day. The thing about rowing is that there are up to seven other crews who would like to do that as well, which makes the racing always exciting and, for the most part, unpredictable.

We had a great start to the regatta, with our 8B crew taking out their race. It was a very close race, with our girls coming out on top, winning by three seconds. It had to be, because the trophy, donated by Saints Girls, is called the Olympia Aldersey Trophy, and was presented by Julia Shea. For these girls, it was only their second win of the season and what a place to get it!

For our other Junior Crews, we had many placings, with quite a few of the girls rowing Head of the River for the first time and absolutely loving it. It is pretty nerve-racking rowing in a regatta like Head of the River, even though, in essence, it is just another race, but the girls always want to do well. They have all done extremely well over the season and I have witnessed all the girls develop into a great bunch of rowers, which looks very promising for seasons to come.

The Inters again did really well, with all three crews placing, beginning with the Inter C crew placing first. For these girls, it has been an up and down season but I had every confidence in them winning. They weren’t so sure but they went out and did it, which was absolutely fantastic; I don’t think they could believe it. Our Inter A and B crews also placed second and third respectively and were both really happy with how they rowed and couldn’t have given much more. These girls were great to work with all season and it will be nice to see them progress in Seniors next season.

For the Seniors, it was a regatta that could have been. Everything the Seniors have done over the year has been great. They have won more races than ever before, had girls representing the State but just couldn’t put it together on the day. For the girls, they might be disappointed about the result at Head of the River, but I am sure that when they look back on the season they will be extremely happy.

I would like to also thank everyone involved in helping getting the girls on the water, from coaches, parents, friends and the School. It has been a brilliant season and I can’t wait for 2017/18 to see Saints get even stronger.